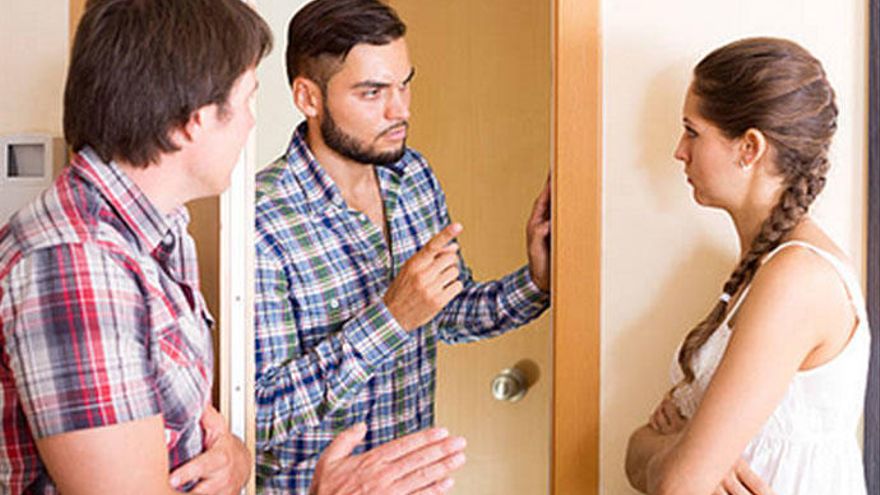 My neighbour could also be a debtor

In communities of owners, tensions are rising, sometimes just a little, but some to boiling point. The intensity depends on the number of owners who have stopped paying their dues. In Spain, four out of ten owners cannot afford to pay. The highest percentage is in the Canary Islands, where the figure is 64%, and Andalusia with 55%. In Madrid less at 38%.

“Between 25% and 50% of communities have major debtors, although the problem is more serious in smaller one with less than 25 owners.

Before the crisis it was normal to have two or three owners who were delaying for several months and then paying before the AGM so as not to appear on the debtors list . Now, appearances do not matter, and some debts accumulate to above 1,000 euros.
Something changes in a community when an owner becomes a debtor, for whatever reason. Some owners fail to comply just because their neighbor does not pay. A contagion effect is created.

Others, because they believe that “the money is better in your pocket than in the account of the community.” This is what a debtor said who owed1,600 Euros since 2012 on a community of seven owners.

There are also marriages that are going through the separation period whose lawyers have advised them not pay until it is decided who is going to be allocated the house . And multiple heirs who do not agree to take ownership of the deceased ´s house or if it is to be sold or rented. Meanwhile, they stop paying the installments. And so do some landlords that are not charging rent from their tenant.

These debtors are the target of the stares and whispers of the rest of the owners, who have paid. And at the meetings it is the first point of the agenda, with their name, surname, apartment and total debt.

The tension grows as time passes and the outstanding payments are not recovered.

And with reason. “The trouble is that now we have to ask for extra payments to the community to cover the amount not paid by the debtors, which is very difficult to understand for most homeowners.”

Only 30% of the total debt is recovered in court or by amicable means. “The property managers try at first to avoid such disputes, especially when they know that the debtor is facing a dire economic situation, in which case, if there is no other way out, they offer flexible payment plans.”

However, when the owner cannot be found or does not pay, it is because they do not want to resort to judicial processes. Debts that are claimed in court, about 80% are recovered, said Angel Hernandez, a member of the Committee on Legislation and Mediation CGCAFE. In fact, if the debtor is insolvent, they often meet the requirement of payment that does not result in settlement costs.

Last May, the owners located on Avenida del Cerro del Aguila, number 2 in the Madrid town of San Sebastián de los Reyes, finally gained 2758.65 euros of debt that an owner who was a debtor accumulated since March 2012 (it was 2347.42 euros plus lawyer, attorney, burofax and deeds). It’s been more than two years.

There are communities with debts of thousands of euros that spent years fighting to get their money. This is the case of property located in the district of Moratalaz (Madrid), where six owners owed 13.376 Euros. The debt continues to grow. They have the added problem of the elevator being installed and the fees have gone up to pay for it.

Although in theory the claim of these debts is simple, in practice there are many obstacles that delay the process and prevent the affected owners recover the money. “We ran into serious problems when the debtor has no liquidity and assets are mortgaged or seized by other debts. In these cases, the creditors (banks, companies …) tend to delay the award of the property and registration in the registry so not have to pay the community fees. When you register you can not claim more than the current year and the previous three. Moreover, if we have the misfortune of the debtor has been declared insolvent, the problem gets much worse. ”

When it is time to collect, it is common that the property is seized to pay the debts of other creditors (banks, taxes etc …) and it never reaches the communities of owners.

Prosecuting a bank that has not paid it´s quotas is not difficult, but they usually put more obstacles in place when it comes to pay. “Many of the banks that foreclosed properties are awarded to the absolute limits delaying the assumption of debt with excuses and loopholes.” Defaults of financial institutions in 2013 totaled 341.62 million Euros, 33% more than last year.

However, it is important to remember that the new owner, whether it be individual or bank, the owners can only pass the corresponding term of debt (current year plus three previous).

Before the last reform of the Condominium Act, made by the Law 8/2013, when a home is sold, the new owner is just responsible for debts incurred in the year of the transfer and the previous year only

SiguienteSurveillance and Security in Communities of OwnersNext

AMMEX ADMINISTRACIONES is one of the leading names in the field of Property Administration and Property Management on the Costa del Sol: Estepona, Manilva, Casares, Marbella and Benahavís.

You can find us at

How to get to the Estepona office

How to get to the Sabinillas office
Contact
Opening hours
Menu